This resource is brought to you in partnership with the ADHD Foundation. Mike Hussey, Operations Director shares four key ways to help empower young with ADHD. This supports the the 'Empowering your Child with ADHD: A Practical Toolkit' webinar.

The term ‘empowering’ is, by its very definition, a powerful term to use. Defined as “making stronger and more confident, especially in controlling their life and claiming their rights”.  According to ADDitude Magazine, it is estimated that those with ADHD receive 20,000 more negative messages by age 10 than they do positive messages. When thinking about the fundamental impact that this can have on a person, it becomes
even more apparent why empowering that young person is going to be so important.

People with ADHD have a lot to offer their communities and many positive traits. They are shown to be more empathetic and insightful towards others, good problem solvers and creative thinkers of which others could only dream of being, and that all important ability to think quickly. By focusing on these areas of strengths, we begin to see how we can support our young people to be successful in feeling empowered.

Empowering young people with ADHD is about helping them with growing their resilience, their capacity to cope and take control of owning who they truly are and what they are capable of. This includes being able to cope with everyday life, understanding how to reason and solve problems, also understanding their emotions to better control their reactions.

We are going to look at some key ways to help empower young people with ADHD:

1. Role modelling - we know by now that people with ADHD don’t have a ‘deficit’ of attention, but rather an abundance of attention. They are paying attention to everything! Therefore, are we role modelling our expectations of them? If we are asking them to behave in a certain way, react in a certain way and complete a task in a certain way… are we doing this too? By doing this we enable our young people to build
up relationships that have connection, understanding, and respect at the very core of their progression, with a sense of purpose and hope for what they can achieve.

2. Pause, reflect, and win in their game of life - most young people with ADHD will have heard many times (from peers, friends, parents and carers, teachers, and so on) that they “aren’t good enough”, they are too “disorganised” or that they just need to “calm down”. But even with these comments, their toughest critic can often be themselves through their negative self-talk and inner critic. Allowing time, throughout the day, to pause for a moment to reflect on what they can do, what they are good at, and what makes them special, begins to shift the mindset away from spiralling negative thoughts. Finding ways in which they can “win” when they are not feeling their best. A Coach I worked with told me about a client he was speaking with who told him that he would race an ant to the corner of the street in order to have his win for the day. How does winning look for your child? Racing the person in the next swimming lane? Remembering to tick off something on their to do list?

3. Setting routines and giving choices - Setting routines and giving choices – think about when you were growing up, and how powerless it felt to be told where to go, what to eat, how to dress. Add on to that, a feeling of not being in control of your own racing hyperactive thoughts or impulsive actions. The resulting consequence can be stress and anxiety. What opportunities are there for your child to have some
choice over their day? This could be as simple as choosing what goes on the TV, or which activity they would like to do, potentially even choosing when to do their homework. With choices comes a sense of control and ownership allowing a calmer mindset. However, this also comes with them needing to take responsibility for their choice, accepting when it was a good decision or a not so good decision too. By feeling they are in control, they will also feel respected and capable; learning how to deal with responsibility as they grow.

4. Set realistic expectations - Set realistic expectations – we want our young people to achieve, but what is the realistic achievement for them? Statistically people with ADHD have a developmental delay in contrast to their peers, and so to make like for like comparisons with their peers can be quite detrimental and demoralizing. Instead, focus on what can be achieved through support and encouragement, rather than
criticism.

This resource supports the webinar ''Empowering your Child with ADHD: A Practical Toolkit.' You can watch it by clicking here. 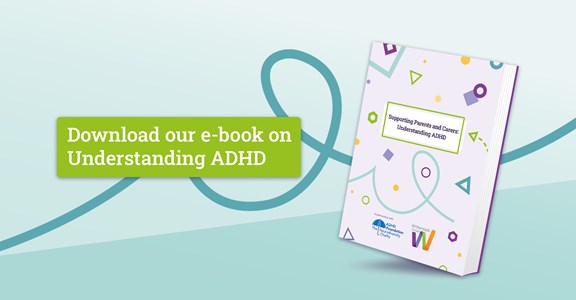 This resource is part of our Understanding ADHD series, to view our comprehensive guide on this topic, please click the link below.