Pupils from The Grange Learning Centre have recently been working with Greenpower Education Trust to design, build and race electric cars.

Greenpower Education Trust is a UK based charity with an outstanding track record in kick-starting careers in engineering through the excitement of motorsport.

"During the project, pupils have developed their knowledge of Science, Technology, Engineering and Maths (STEM).  They  have also experienced the opportunity to work together as a team racing their first electric car at a regional event at Croft Circuit against a number of other primary and secondary schools."

"Pupils took part in three timed races including, a drag race, slaloms and the lap of champions. The task of ensuring the car was built in time for the race was completed in just a short period of time with a small team and then recognised by the Greenpower judges who awarded pupils with the 'Spirt of Goblin' trophy."

"Staff were super proud of the pupils commitment and hard work during the event, and the aspiring engineers are already getting geared up for taking part next year." 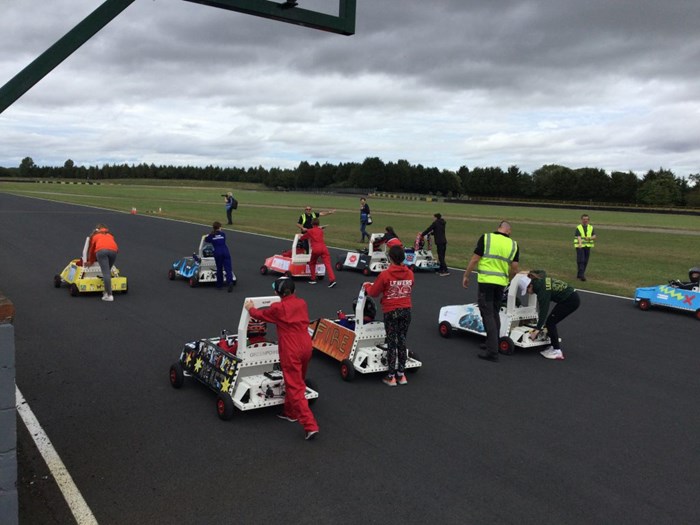