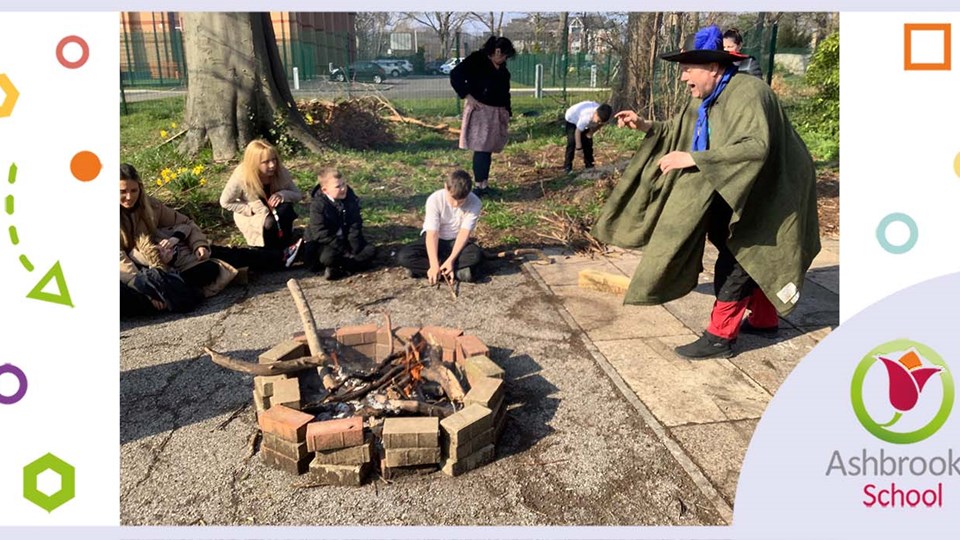 Pupils and staff from Barnard Castle Class at Ashbrooke School recently welcomed a local entertainer, who gathered them around the campfire and sang about the local legend ‘The Lambton Worm.’

The visit tied in nicely with their English topic, where pupils have been learning about the myth that has been around for centuries in the North East of England and was turned into a popular song in the 19th century.

I'll tell you all an awful story.

I'll tell you about the worm!

In the River Wear.

He caught something upon his hook

And gave a little cheer.

What sort of fish, or worm, it was,

Young Lambton could not tell

He couldn't be bothered to carry it home

So he threw it down a well.

A soldier, and fight in wars.

He joined a group of knights so tough

They didn't mind wounds or scars.

They travelled far and fought in wars,

The stories he could tell!

And very soon he forgot about

The strange thing in the well.

But the worm got fat and grew and grew

And grew an awful size.

And when at night it crawled about

Having a little browse

If it felt thirsty on the way

It milked a dozen cows.

This scary worm would often feed

On calves and lambs and sheep.

When they were fast asleep.

And when it had eaten all it could

And it had had its fill

It crawled away & wrapped itself

The news of this awful worm

And its strange goings on

Soon crossed the seas, and got to the ears

Of brave and bold Sir John.

So home he came and caught the beast

And cut it in two halves

And that soon stopped it eating kids

And sheep and lambs and calves.

So now you know how everyone

On both sides of the Wear

Lost lots of sheep and lots of sleep

And lived in mortal fear.

So let's say thanks to brave Sir John

Who kept the kids from harm

Of the famous Lambton Worm.

He certainly looks like he has captured their attention. 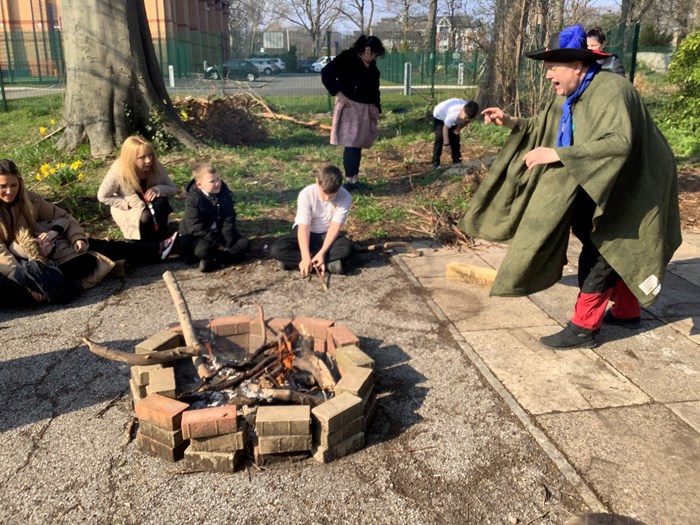