Pupils and staff from Abbeywood School are celebrating, following the announcement that they contributed to breaking a Guinness World Record.

In February, for Safer Internet Day, UK Safer Internet Centre and 2Simple asked for their help to support them as they tried to attempt the title for ‘Most pledges received for an internet safety campaign in 24 hours.'

Alongside other schools and educational establishments, Abbeywood made pledges, and collectively, 16,372 pledges were made, and as a result of their efforts, they are the current record holders.

"We are thrilled to receive the certificate from Guinness World Records. It was important to us that we took part in Safer Internet Day as it keeps internet safety at the front of our minds."

What a great team effort! 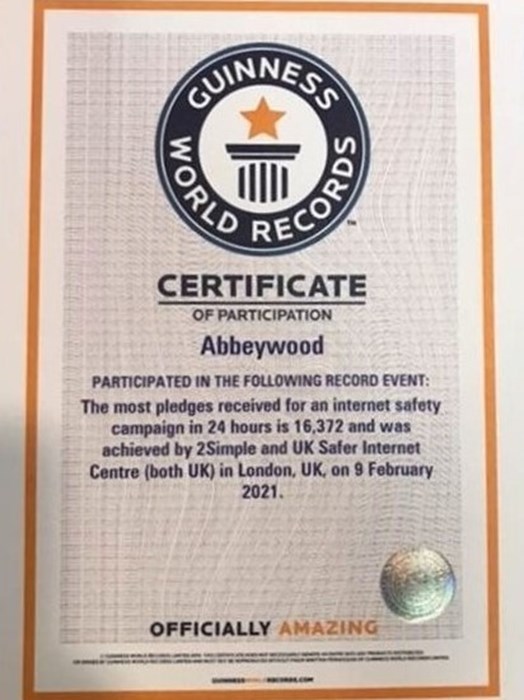