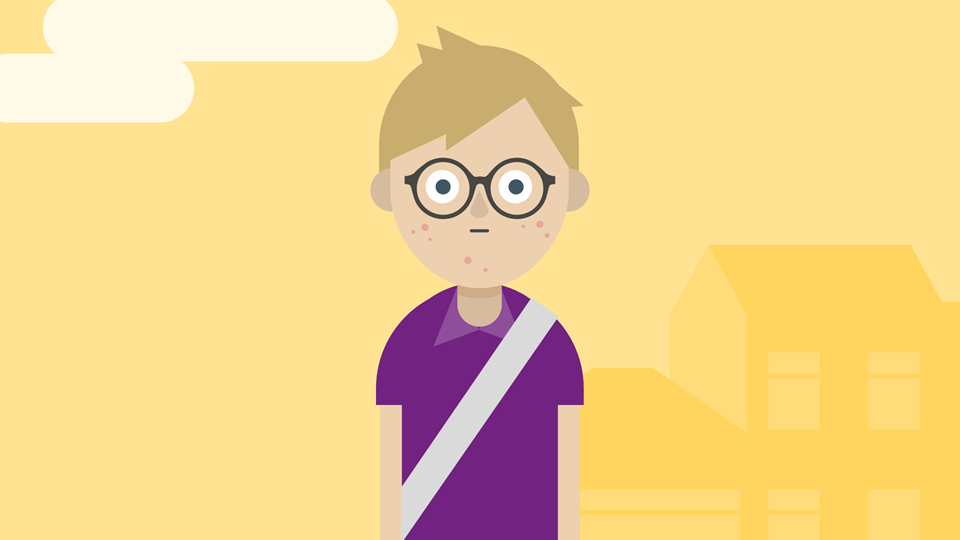 “Isabella eventually left Cedar House School as a confident young woman who was able to start working towards her potential.”

Khalil was a young person who had seen significant trauma in his early life. He was diagnosed with Autistic Spectrum Disorder, Generalised Anxiety Disorder and Post-Traumatic Stress Disorder, along with a history of social, emotional and mental health needs. This included high levels of social anxiety, concerns of depression and an attempted suicide.

Khalil was a bright, articulate and intelligent young man who was described as academically strong in all areas of the curriculum. Despite these strengths, he had missed significant schooling between years 7-11 as he found it difficult to get up and get ready for school and, when he did attend he found the experience overwhelming, often becoming visibly distressed. Khalil’s heightened anxieties manifested as physical sickness which impacted on attendance, including his initial transition to Pontville.

Khalil was placed at Pontville as a 38-week residential pupil who was offset to Year 10 to allow him to sit his GCSEs and attain in line with his ability. Using the internal team around the child model, Khalil was supported by key staff residentially, educationally and therapeutically. This included weekly sessions with the school’s mental health practitioner. Due to his age, Khalil was also given a greater degree of independence in the residential unit which included time off site without close support.

Strategies suggested and used in Khalil’s counselling sessions were shared with residential and educational staff which ensured a triangulated approach. This included the use of deep pressure therapy as an intervention when Khalil was feeling stressed, anxious or overloaded.

During his final year, Khalil was provided with 1:1 teaching for his Level 3 Science course in which he demonstrated that he was able to make the highest level of progress in each unit studied.  Khalil was also supported in developing key independent living skills, including an independent flat area within the residential unit.

The bespoke, integrated model worked exceptionally well for Khalil, allowing him to achieve to his academic potential and to be able to manage his difficulties surrounding social anxiety and his own mental health.  Due the bespoke timetable which was built around him, there was a significant improvement in his attendance. Khalil achieved five good GCSEs in English (6), Maths (5), Science A / Additional Science (C, B) and RE (C). He also completed his iMedia qualification (pass), and Environmental & Land Based Science GCSE (D).

Khalil was positively challenged  in his work and developed a love of learning.  He achieved a Level 3 BTEC in Applied Science at distinction grade, which is equivalent to an A* at A-Level.  This achievement allowed Khalil to be successful in his application to Chester University where he is now in his first year of a Biomedical Science degree.